OSCAR MEDINA, the mayor of Torrox, has been summoned to court over a complaint by a company which owns a carpark in the town.

The owners of the La Almedina lot claimed the council is doing nothing to prevent ‘illegal’ parking around the site after the company invested more than €7 million in creating the space.

La Almedina, which opened in 2008 and created 385 parking spaces, said the council should compensate them for an alleged loss of business.  It claimed: “The inaction of the council over parking is not only a contractual issue, but a matter of public order, and a breach on its part of the most basic powers and responsibilities that a council has.”

A previous lawsuit, which took place in 2017, saw the company try to claim €33 million in compensation from Torrox Council.  The case was dismissed, however the company has now appealed to the Andalucian Superior Court of Justice.

Mayor Medina said: “The council complies with the law and this was confirmed by a report by the Local police.”  He added: “There is absolutely no crime. This is the result of a terrible management of the former mayor, Francisco Muñoz, who signed an agreement to build a parking lot in a place where there is not enough demand for places and in which vans and small trucks do not fit.” 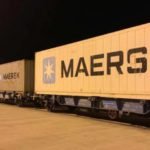