TWO serving members of the British army will walk the equivalent of four marathons in four days on the Costa del Sol to raise funds for homeless veterans.

Charity supporter Craig and his nephew Danny will carry out the 111-mile challenge from Torrox to the top of the Rock of Gibraltar, leaving on April 17.

Craig is no stranger to walking for charity, with 897 miles already under his belt. He and Danny previously took part in a 100-mile walk from Bescot Stadium in the West Midlands to the Valley Parade ground in Bradford. In the past, the pair have raised funds for including St John’s Hospice in Lancaster, the Bradford Burns Unit, and various military charities.

This time the walkers have set their sights on SSAFA Forces Help, raising funds for homeless veterans. Speaking exclusively to the Euro Weekly News, Craig explained: “I have raised money for other charities before but I am really passionate about homeless veterans; no should be on the streets.”

He added: “I do something every year for charity, and this time I thought, ‘I’m fed up of freezing to death walking hills in England,’ and decided to do my walk in Gibraltar instead.”

Craig, originally from Bradford, Yorkshire, joined the 4th/7th Royal Dragoon Guards as a 17-year-old in 1983 before going on to serve in many other units and watches, including the Black Watch and the Royal Signals.

For security reasons, the Euro Weekly News is unable to reveal Craig and Danny’s full names. 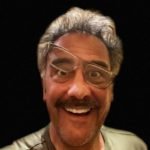 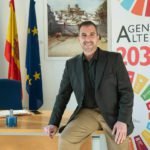