A GROUP campaigning to find a Latvian woman last seen in Marbella in 2014 has announced a date has been set for the trial of those accused of kidnapping her.

Find Agnese Klavina said British men Westley Capper and Craig Porter would be tried at Malaga Provincial Court from Monday March 18. A further court date has been set for April 1, the group added.

Prosecutors announced they would seek 12 year jail sentences for Capper, 40, and Porter, 36, if they are found guilty at the trial. They are accused of unlawful detention in connection with the disappearance of Agnese Klavina in the Puerto Banus area of Marbella.

Find Agnese Klavina has set up a GoFundMe page to raise €5,690 to cover legal costs for the upcoming trial.

Klavina, aged 30 at the time, was last seen leaving a well-known Marbella nightclub on September 6 2014.

CCTV footage showed two people bungling her into a car at around 6am. She has not been seen since.

Capper and Porter were both arrested and charged in connection with Klavina’s disappearance in May 2016, following an 18-month investigation. Both men deny the charges but have said they left the club with her.

Porter, originally from Essex, was bailed ahead of next month’s trial while Capper, from Liverpool, was remanded in custody for three months before being provisionally released.

A doorman who worked at the nightclub where Klavina was last seen is also due to stand trial in connection with the disappearance. He is accused of holding the door of the car that Klavina was bungled into closed to stop her from fleeing.

Investigators believe Klavina may now be dead. Her body has never been found. The case continues. 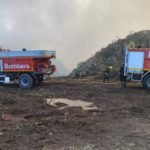 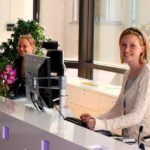 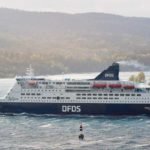