NATIONAL POLICE officers clad in riot gear were deployed on one of Madrid’s main thoroughfares to remove taxi drivers as strikes entered their second week.

Officers went to the Paseo de la Castellana today (Monday) where drivers had parked their cars and gathered to protest against rules governing those from ride hailing apps. Strikers decided to call off protests in Barcelona last week after regional authorities there announced tougher regulations for ride-hailing drivers.

Some drivers left voluntarily while others heckled police officers. Footage from Spanish news sites showed officers confronting the strikers on one street while elsewhere traffic was brought to a standstill by parked taxis.

Trade unions have threatened to continue industrial action until regional authorities in Madrid and Cataluña meet their demands on so-called VTC drivers.

Strikers want the authorities to apply tighter regulations on drivers with companies such as Uber and Cabify which have increasingly taken large shares of their business.

Angel Garrido, head of Madrid’s regional government, previously said there could be no unilateral solution to the issue and that both traditional and VTC drivers should be allowed to co-exist.

The Madrid Region’s Economy Minister Engracia Hidalgo said authorities were available to talk with the strikers but added they would not give into “blackmail”.

Felipe Gonzalez, head of the Madrid Taxi Driver’s Association (AMT), said he did not know why an agreement similar to the one that ended the Barcelona strike could not be reached.

Garrido previously ruled out applying restrictions on taxi drivers that include limits on when and where they can wait for customers. 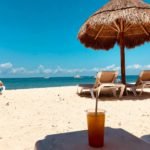