Strong winds and high coastal waters are set to hit Spain’s Costas starting at 8pm tomorrow until 12pm on Sunday 30.

The national Met Office has warned that east and northeast winds of force 7 and waves of three metres high are expected.

The areas affected in Malaga will be the Costa del Sol, Axarquia, Guadalhorce, Ronda and Antequera.

The powerful winds and coastal waves are also expected to hit the province of Cadiz in Andalucia. 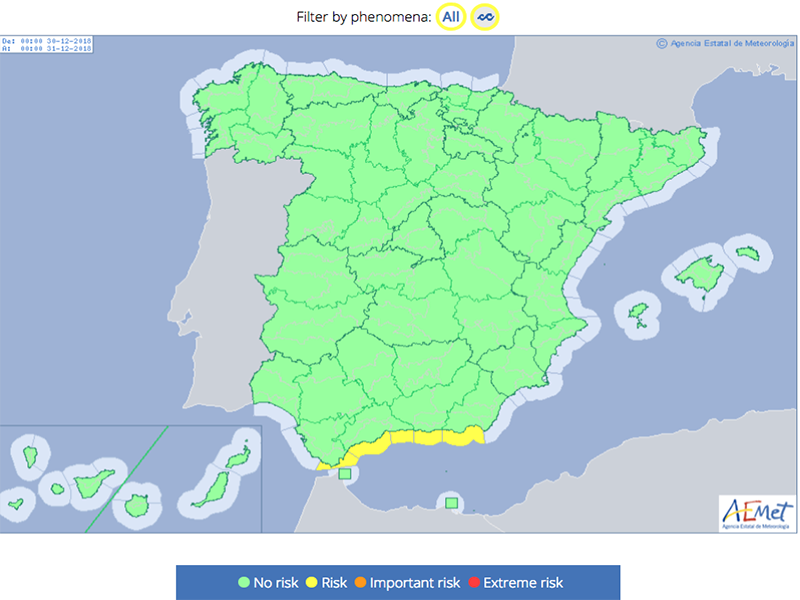