FIVE people have been treated by emergency services at a hospital in the Spanish enclave of Ceuta after a reported shooting in the El Principe neighbourhood.

Police said the confrontation took place during the early hours of this morning.

Private vehicles took the gunshot victims to the University Hospital of Ceuta, where it was determined that the injuries suffered were ‘slight’, flesh wounds and not life-threatening.

The National Police are investigating the shooting which is the first incident of this magnitude recorded this year in the enclave.

It has been reported that ‘several arrests’ have already been made this morning.

National Police have revealed the ages and abbreviations of those wounded in the incident as BMM, 21; YEM, 34-years-old; MMA, 23-years-old; MLMN, 26-years-old; and AEH, 27- years-old.

Early victim statements allege, ‘two groups’ of men were involved in a verbal confrontation before one of the men, the alleged shooter, brandished a gun and opened fire.

The El Principe neighbourhood of Ceuta is considered by some Spanish media outlets to be the most dangerous neighbourhood in Spain.

Locals of the neighbourhood claim that the police do not visit the streets of El Principe unless a particularly serious crime is reported.

El Principe is regarded to be one of the hottest centres for drug trafficking in Spain, thanks in part, to its shared border with Tarajal, Morocco.

Spanish media also claim that the neighbourhood acts as a magnet for jihadist cells, providing a potential threat to security into Spain. 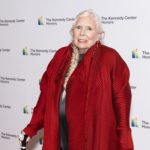