GRAPHIC photographs have emerged after a British holidaymaker was impaled on a sun umbrella after falling from the fourth floor of his Ibiza hotel.

The 31-year-old tourist is understood to have plunged from the balcony of his San Antoni apartment at 10am on Sunday morning.

He suffered severe injuries after the pole of an umbrella pierced his leg.

The unnamed holidaymaker was aided by emergency services who sawed off the umbrella pole before rushing him to the Can Misses Hospital on the island.

Reports suggest the British man remains in a serious condition in the hospital.

Spanish police have since launched an investigation into the circumstances of the fall.

The popular Ibiza resort of San Antonio has been the scene of numerous incidents and accidents involving Brits this summer. 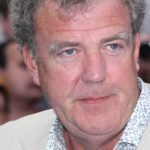