SPAIN’S state-owned shipbuilding company Navantia has called the unions to a meeting next Wednesday to continue negotiations of the Strategic Plan 2018-2022, which involves contracts worth about €11,000 million.

Navantia, which offers its services to both the military and civil sector, wants to resume the dialogue, which was interrupted before the summer.

The call coincides with moves by shipyard workers this week in San Fernando de Cadiz for clarification of the future of a contract for the construction of five corvettes destined for Saudia Arabia. The project would create 6,000 jobs.

The naval company employs 5,300 people, and has nine contracts in force with countries such as Australia, Turkey, India, and Saudia Arabia. 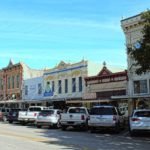 Owners sued after dog sitter’s ears and nose ripped off

News
A college student is suing a couple who hired the dog sitter to walk their dogs only for her to be attacked and have...