Many of the country’s tourist hotspots could see torrential rain and thunderstorms according to the information just released.

In total 18 alerts have been issued for today.

The areas on alert can be found at the bottom of the story below.

The upgraded warnings come just days after parts of the historic town of Ronda, an hour inland from the Costa del Sol, was submerged by up to a metre of water by flash flooding.

Streets were left awash with water almost a metre deep in places as an estimated 45 litres per square metre fell in less than an hour.

Tables and chairs from cafes could be seen floating down the streets.

The mayor of the town, Teresa Valdenebro Ríos, blasted the Met Office for not issuing warnings until after the event. 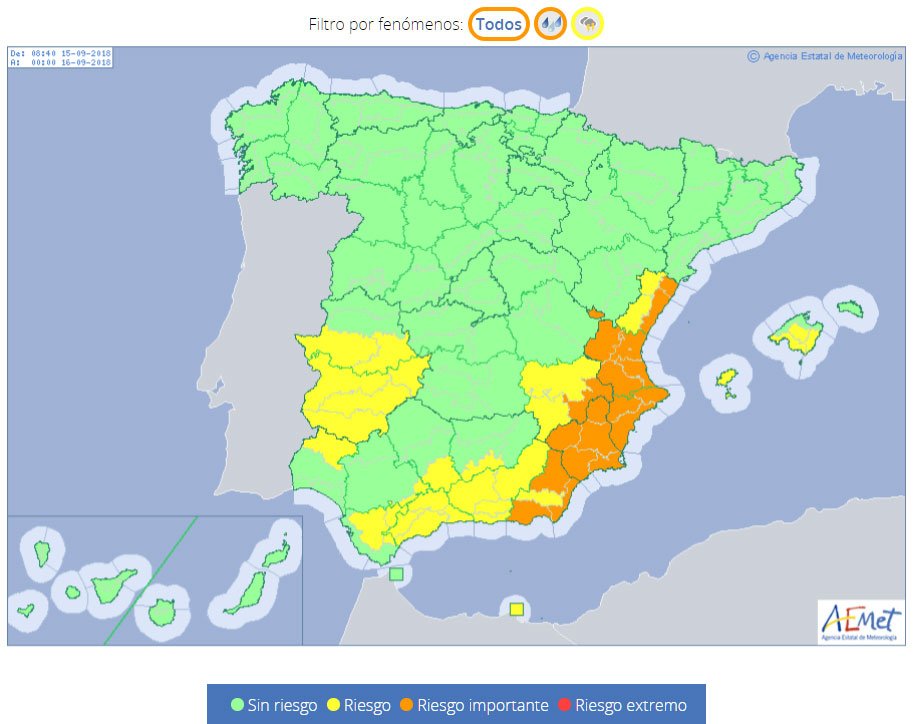