AXARQUIA’S fishermen are suffering severe financial losses following the decision by the regional government of Andalucia to ban the collection of shellfish since July 26.

The ban was introduced following the discovery of high levels of dangerous toxins in the shellfish.

However, 126 fishing boats would normally be operating in the waters, employing around 400 people, and they are becoming increasingly desperate.

The situation has caused losses of €10,000 per boat so far, a total of about €1.3 million, according to Mari Carmen Navas, President of the Caleta de Velez Fishermen’s Association.

“The summer months represent between 30 and 40 per cent of our turnover for the year,” said Mr Navas.

“We ask the authorities to allocate some aid as happened in 2014 when a similar ban occurred due to toxins.”

Axarquia is normally the leading port for shellfishing in the province, followed by Fuengirola, Marbella and Estepona.

The ban includes muscles, clams and other shellfish and Mr Navas had a recent meeting with the Delegate of the Ministry for Fisheries to discuss the fishermen’s concerns.

However, he was informed that the ban would be staying in place for at least two more weeks, due to the continuing high levels of toxins.

The regional government is monitoring the situation and considering the fishermen’s request for financial compensation. 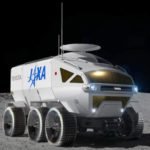 Toyota heading to moon with “live in” Lunar Cruiser

News
Toyota have announced that they will be heading to the moon with Japan’s space agency, who have ambitions to help people live on the...