the art of publishing
More
Home Lifestyle Tech for the Timid Nostalgia? I remember that… 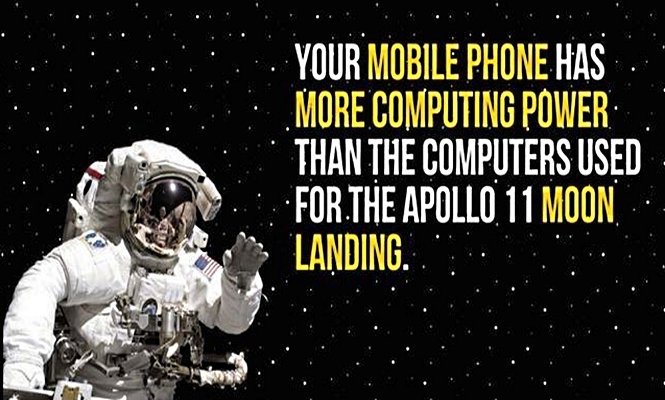 I DON’T actually need Google. My wife knows everything.

Well no, she doesn’t, and of course I seek stuff online, but it makes a great music-hall-type comedian’s joke. If we still had music-halls.

Those died long before our new technological age, but it’s actually breathtaking just how many other things have gone south in just the past few decades.

Go on, off the top of your head, what’s your partner’s or best friend’s phone number?

Don’t worry, you’re not alone; nobody knows them any more and why should we when it’s all on that little pocket device said to be 1,300 times more powerful than the computer which took Neil Armstrong to the moon.


A while back I had to break the bad news to an inquiring motorist that he was several hundred kilometres off-track from the destination he intended, because he slightly mis-typed it into the GPS and didn’t actually have a folding map anymore. Do you?

Remember the Yellow Pages, comfortingly vast and heavy enough to build up your biceps? Gone.


Calculate the discount on an offer in your head? As Mafia types might say: fuhgeddabaddit. Even exam students use (phone) calculators now, and the world has not ended. Yet.

Let’s not even mention the last time you wrote (or even typed) an actual letter. Who can actually remember a time when that involved inky fingers and the trek to the post office (also going, going…) to buy and lick a stamp. I wonder what philatelists collect these days: e-mail auto-signatures?

Looking things up meant a trip to the wonderfully musty local library staffed by equally musty librarians. Finding new words involved hefting a brick of a dictionary, where now I have the entire 24-volume Oxford in a digital space freed-up by one unwanted cat video.

Remember when we had to carry jangling change in our pockets if seized by the need to use a public phone? Come to that, remember actual phone booths?

Travel agents, like photo shops, are clinging on for dear life in our brave new world. And I recently dusted off the last cheque I wrote – nearly a decade ago.

But the ultimate chapter closed by technology for me as a writer, was the one which recently befell the very last typewriter I once cherished.

I finally, reluctantly, donated it to a typewriter museum. Which has now been demolished to make way for a datacentre.

MY father once rejected the idea of giving a friend a book: ‘He already has one’.

In fact someone did just give me a book, and what a time-travelling experience this lump of dead trees has been in the e-book era.

But curiouser and curiouser as Alice said in Wonderland: books, like vinyl records, are actually mounting a rearguard action, and more of both were sold last year than the one before.

So perhaps the future is not entirely digital, or at least not yet.

I adore my Kindle with my ludicrously excessive 2,000 books or so. But unlike an old-fashioned book,

I really don’t recommend an e-reader when you absolutely have to hurl Dan Brown’s latest piffle of a bestseller against the wall in rage.