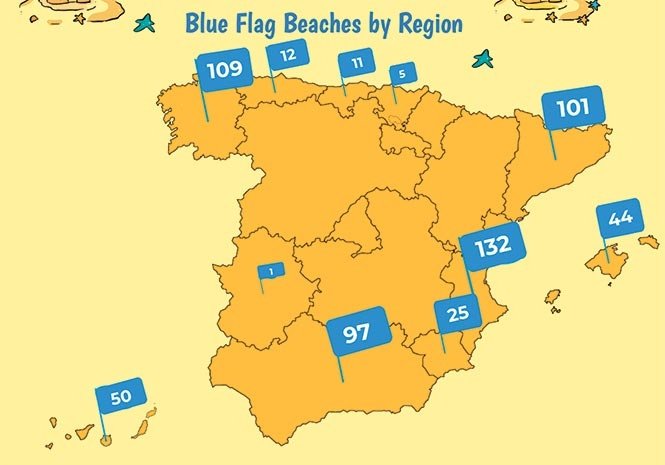 LAST week, it was announced that five new beaches on the Costa del Sol have been awarded the prestigious Blue Flag status.

This brings the total of Blue Flag beaches to 25, up from 24 in the previous year.

One in every four beaches awarded the Blue Flag in Andalucia is on the Costa del Sol.

Blue Flag beaches are recognised for their excellence in water quality, safety features and amenities, sustainability and accessibility.

Beaches on the Costa del Sol to be newly awarded Blue Flag status are Playa Casablanca in Marbella, Arroyo Vaquero in Estepona, Los Alamos in Torremolinos, La Caleta Paseo in Velez-Malaga and, the municipality of Casares makes a first-time appearance on the list, with Playa Ancha.

David Kennedy, Head of Marketing at Spain-Holiday.com thinks the news is positive for international tourism:

“Last year was a record-breaking year for tourism in Spain with over 80 million international visitors and beach holidays are in more demand than ever.

“The Costa del Sol continues to be one of the most sought-after destinations for summer holidays, particularly with families who are attracted to the great weather, quality beaches and amenities on offer in the area,” adds David.