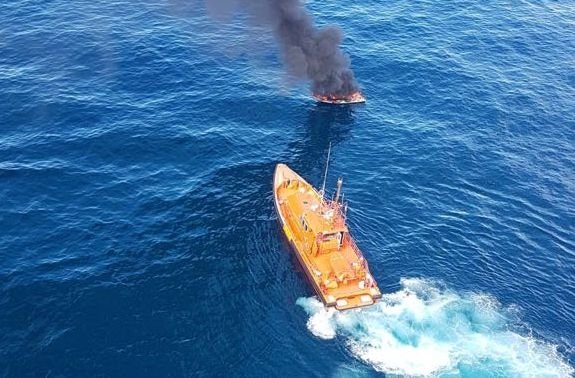 FIVE holidaymakers have been injured after a speedboat exploded in Tenerife.

Emergency services received a call advising that a vessel was on fire off Puerto Colon in the tourist resort of Adeje and that those on board had thrown themselves into the ocean.

A helicopter and several boats were dispatched to rescue the tourists as a column of black smoke rose into the air.

The helicopter scoured the scene to rule out any further casualties while a maritime rescue boat extinguished the fire, with the charred vessel eventually sinking.