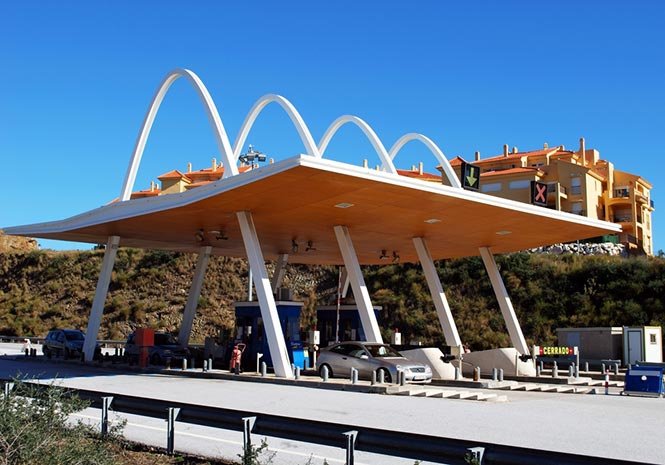 AVERAGE toll road prices are being increased in Andalucia for the first time in three years.

The Administration of the State Department has increased fees by 1.91 percent, making the changes effective as of yesterday (Monday).

This will affect three roads, the AP-4 Sevilla-Cadiz, the AP-46 Alto de las Pedrizas-Malaga and the AP-7 which runs through Malaga to Estepona and then Estepona to Guadiaro.

The average price increases are as follows:

Normal tariffs apply all year round to ‘habitual’ toll road users – someone who has used the road at least 60 times in the last four months – with light vehicles (motorcycles with or without sidecar, touring vehicles without a trailer or with a trailer without a twin wheel and vans) paying an average of €7.80, up from €7.65.

Heavy-duty vehicles are then broken up into a further two categories. 2.1 Class vehicles with habitual drivers  – Two and three axle lorries, and cars, vans and minibuses with two axles and a single-axle trailer with twin wheels – will now pay an average of €12.58, up from €12.35.

Special tariff drivers – non-habitual drivers who use the road during the peak season – will have to pay €12.58 per trip, up from €12.35. Class 2.1 vehicles pay the same as light vehicles, and Class 2.2 vehicles will now pay €20.84, up from €20.45. Special tariffs will apply from June-September and for 17 days during Semana Santa (From the Friday of the Semana de Passion and Easter Sunday).

For the section of the AP-7 between Estepona and Guadiaro the normal and special tariff regime is also in force. Light vehicles that intend to make this journey under the normal rate system must pay €1.98 euros (previously 1€.95).

Light vehicles and two-axle minibuses (four wheels) running from this January 1 from Cadiz to Seville will have to pay €7.34 (one way), an almost 14 cent increase.

Type 2 vehicles trucks and coaches, with or without a trailer, with a total of four or more axles, passenger cars, vans, vans and minibuses all with two axles and four wheels) will pay €14.32 instead of €14.05.