Marianne Ny said his arrest warrant was being revoked because it was impossible to serve notice on him for his alleged crimes.

Police in London however have said they would still be obliged to arrest him if he leaves the Ecuadorean Embassy in London.

Mr Assange has lived there since 2012, fearing his return to Sweden would lead to extradition to the US.

The Metropolitan Police Service has said he still faced the lesser charge of failing to surrender to a court, which is punishable by up to a year in prison or a fine.

The UK authorities have not said whether they have received an extradition request from the US, where Mr Assange could face trial over the publication of hundreds of thousands of US military and diplomatic secrets. 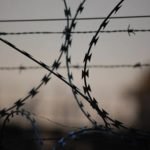