WITH the world becoming increasingly globalised and yet increasingly fragmented at the same time, immigration is the theme of the day, and in Britain, the fallout from Brexit shows no signs of slowing down.

The decision of Britain to leave the European Union was a particularly divisive one, and a sore spot for many. A not-unsubstantial percentage of Remainers were unflinching in their scorn and disappointment as the votes came rolling in on June 23. Some voters, particularly young ones, argued that Brexit had stolen their futures and their right to intercontinental mobility and exploration.

Perhaps looking to counteract this discontent, the European Parliament has announced that it is considering a plan which would give British citizens the option of retaining certain EU privileges once the UK definitively bows out within the next few years.

What a post Brexit-world would look like for Brits remains somewhat unclear, but it is highly probable that British citizens would no longer have the right to live in their country of choice within the European Union. Prime Minister Theresa May has made it clear that she wants ro restrict the movement of citizens from other EU countries to Britain, and it stands to reason that this would go both ways.

Under the new proposal, British citizens would have the option of retaining some of the rights afforded to citizens of EU member states, including the ability to emigrate to other EU countries and even the right to vote in European Parliament elections, meaning that these ‘associate citizens’ would even have the chance to chime in when it comes to major decisions undertaken in Brussels.

Those in favour of the proposal view it as an appropriate middle-ground between the demands of the Leave voters and the desires of the Remainers. The needs of those clamouring for an escape from the EU would be met, whereas EU devotees would still be able to cling onto key advantageous conditions.

However, many Brexit supporters have expressed outrage at the idea, arguing that it

would essentially represent a form of discrimination against Leave voters and undermine the entire democratic process.

Jayne Adye, director of the Get Britain Out campaign, argued that the proposal would attempt “to divide the great British public at the exact moment we need unity.”

The proposal has been submitted to a parliamentary committee and would take the form of an amendment. Amendment 882 was originally the brainchild of Charles Goerens, a liberal MEP from Luxembourg. It will first go through the European Parliament’s Constitutional Affairs Committee, which will analyse the proposal and create a report that would include a series of recommendations on how to proceed. 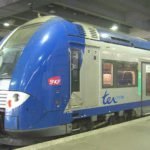