JUST at the end of September, Pedro Sanchez seemed positive that he would be able to survive the in-fighting within the PSOE in the same way that Jeremy Corbyn had within the UK Labour Party but this was not to be and he was forced to resign as leader although he remains an elected member of the Cortes.

Suddenly without a leader but with a committee in charge, it was assumed that the party would abstain from any vote of confidence in Mariano Rajoy and the PP thus allowing the PP to formally assume control with a minority government.

Only a few however recognised that with the main opposition on the back foot and a spiralling loss of support within the country that Mr Rajoy would take a somewhat different position and it has now been made clear that abstention is not an option and only an undertaking to support its budget and on-going leadership to ensure a period of stability within the country would persuade him to call the vote.

This was made clear in a statement by spokesman Rafael Hernando who said on October 5 that a PSOE abstention must be “useful and usefulness does not consist of having a government that lasts a day but a government that can govern. We all have to realise that we need to commit to Spain to give it stability in this parliament.”

They clearly take the view that it would be better to allow a third election rather than struggle as a minority government which could be voted down by the opposition, resulting in another election anyway.

If the PSOE leadership doesn’t agree to this and if there isn’t a government formed by October 31, then there will be a third election and the PP are gambling on the fact that PSOE will be blamed for this and will either see their voters simply stay at home or even place their votes with another party.

All in all, it seems that the PP by playing ‘hard to get’ will strengthen its position and it is now suggested that the date of any third election should be changed to December 18 to make it more likely that people will vote, although that would require a change in the election laws. 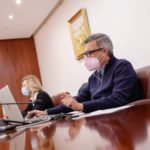 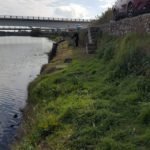