Six members of a criminal gang have been arrested accused of sexually exploiting young women and trafficking in drugs.

Profits from the gang’s premises, run from a luxury villa in Aspe, Alicante, were being sent back to Brazil, according to officers.

At least four women of differing nationalities were rescued from the property and put into the hands of specialist care agencies.

Police believe they come from Eastern Europe and South America and described their treatment as degrading and their conditions as inhumane.

They were unable to leave the premises more than one at a time and were punished with fines of up to €100 if they infringed rules such as accessing the kitchen out of hours.

Punishments also included beatings if they tried to use the swimming pool.

The six members of what detectives referred to as a criminal network, will be charged with offences ranging from drug trafficking, money laundering and membership of a criminal organisation to prostitution.

It is thought somewhere in the region of €330,000 was funnelled from the gang to Brazil.

In addition to rescuing the women, police seized a quantity of drugs and equipment for weighing and distributing narcotics. 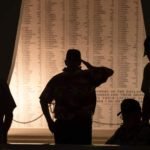 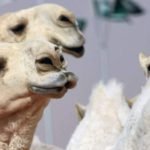