IN events likely to cause local uproar, the senior Captain of the Guardia Civil in Coin has been taken into custody in connection with a narcotics ring operating throughout the Costa del Sol, during the second phase of an extensive operation that has already seen 20 suspects detained, including three other police officers.

According to reports, the head honcho, who is responsible for all Guardia detachments operating in the Guadalhorce area, is to be questioned over his alleged involvement in a criminal faction accused of drug trafficking, forgery, bribery, various robberies, and disclosure of police secrets.

His arrest follows the imprisonment of nine people in April, three of whom were Guardia Civil officers based in Alhaurin el Grande and themselves working within the investigation, a situation which reportedly enabled them to pass on information to other members of the cabal.

In addition to allegations of smuggling and selling hashish, marihuana and cocaine, another line of investigation suggests that some of the individuals visited private properties equipped with official police search warrants, detaining the residents before stealing drugs and other items from their homes.

A number of houses have been searched during the two series of arrests, one of which contained a marihuana farm and laboratory. 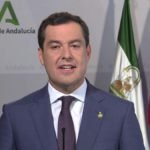 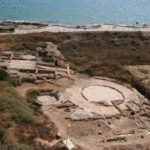