FAMILIES of the 96 Liverpool fans who died at the Hillsborough disaster in 1989 have finally been vindicated, as a jury has determined that they were killed unlawfully.

The bereaved relatives have campaigned tirelessly for almost three decades, and have at last won their battle for justice, while the verdict may have repercussions for former police chief David Duckenfield, who could now face prosecution for manslaughter.

Then chief superintendent of South Yorkshire Police, Mr Duckenfield famously attempted to shift the blame for the tragic events which unfolded during the FA Cup semi-final between Liverpool and Nottingham Forest, accusing fans of forcing a gate to cause the lethal crush.

During the current two-year inquest, the longest jury case in British legal history, lawyers defending the police and ambulance service have repeated allegations that fans were drunk and behaving irresponsibly, while the families’ legal teams accused them of “perpetuating the cover-up.”

On Tuesday April 26, the jury answered 14 questions, including one relating to supporter behaviour, exonerating the victims of any blame in the process as they reached their verdict of unlawful killing by a 7-2 majority.

The jury were also unanimous in their belief that the disaster had been provoked by institutional shortcomings, referring to catastrophic errors by South Yorkshire Police at the turnstiles and in the control box, particularly the decision to open the Leppings Lane and exit gates.

The jubilant families later sang an emotional version of ‘You’ll Never Walk Alone’ outside the court building, amid triumphant cries of “hallelujah” and “God bless the jury”. 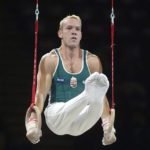