A CAPTAIN in the Los Angeles police department has accused Sir Elton John of groping him while he worked on the British legend’s security detail.

Jeffrey Wenninger has filed legal papers alleging that the flamboyant star touched him in a sexual manner and made highly suggestive remarks on several occasions.

A lawyer representing Sir Elton’s Rocket Entertainment Group has dismissed the allegations as ludicrous and malicious.

“This baseless lawsuit is brought by a disgruntled former security officer seeking to extract an undeserved payment.

“These claims are patently untrue and contradicted by numerous previous statements made by this plaintiff. We will not give in to his latest abuse of the legal system.” said Orin Synder.

The captain, who worked for John’s security team from 2002, claimed that he received unwelcome attention for many year but that it intensified from 2010.

He was removed from the team in 2014 and has also launched legal action against the company he was contracted through, arguing he was unjustly fired. 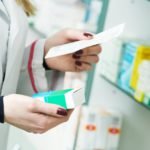