FIRST world problems saw their crowning glory as New Zealanders voted to keep their national flag exactly the same after a heavily publicised referendum which cost an estimated £12 million.

Prime minister John Key, hugely popular otherwise, was resoundingly defeated in his plan to change the flag from its union jack bent as 56.6 per cent of voters elected to keep the current design while 43.2 per cent went for the proposed new silver fern flag.

“Obviously I’m a bit disappointed there was no change but nearly a million people voted for change,” he said. “Just because it’s not the outcome I wanted doesn’t mean it wasn’t a worthwhile process.”

Many of those who voted against the change cited concerns that Key was trying to create some kind of symbolic legacy, in a country which hardly lends itself to legacy building, while others considered the new design not radical enough.

Many also voted to spite the government for spending millions on a campaign that surely could have been better spent feeding children or protecting endangered kiwi species.

A professor at the Auckland University of Technology, Paul Moon, said “Entrusted with a once-in-a-lifetime task to select four alternative contenders for our national flag, the panel delivered options that were insipid and unimaginative. And to make matters worse, for all the talk of inclusivity, serious Indigenous input was largely whitewashed. What we were left with was culturally monochromatic and aesthetically neutered design to go up against the incumbent.” 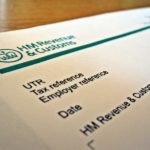