the art of publishing
More
Home News Spain So near and yet so far as each leader speaks to the...
Facebook
Twitter
ReddIt
WhatsApp
Telegram
Linkedin
Email

UPDATE: As expected, Pedro Sanchez has lost the vote to lead the new Spanish government by a margin of 89 votes, the result being 219 against and 130 for with 1 abstention.

They will now move on to the next round of voting but unless something really dramatic happens, everything points to a new election.

TUESDAY March 1, saw the beginning of the first day of an attempt to form a government in Spain, which was forecast as being doomed from the start and that prediction seems to be coming true.

The second choice of King Felipe after Mariano Rajoy declined to try to form a government, Pedro Sanchez leader of the Socialist party PSOE rose to deliver what he hoped would be a blockbuster speech explaining why his party should be allowed to form a government and detailing some of his proposed policies.

At the end of his 90 minute speech which was contained in 42 pages, he admitted that even he thought it highly unlikely that anything positive would emerge from this week in Parliament as unless the Conservative PP abstained from voting and the more leftwing Podemos voted with him, he was realistic enough to realize that he could not form a working government.

Social media was abuzz with images of bored looking faces and even trade union officials who should be his greatest supporters were captured looking at their tablets and phones wondering how they had lost 90 minutes of their lives.

So, the day ended and everyone drew in a breath ready for responses the following day, March 2, most of which were already pretty much known, although there were bound to be one or two amusing surprises in the rhetoric that was to follow, much of which was in the style of ‘my dad’s bigger and better than yours’!

First up was the leader of the party with the largest number of seats, Mariano Rajoy, who very succinctly said that his party would vote against the candidacy of Mr Sanchez as premier and that the whole attempt by PSOE to form a government was unreal.

Next came Pablo Iglesias who made it clear that he didn’t think much of the speech and certainly disapproved of the agreement between PSOE and the right of centre Ciudadanos party.

He criticised everyone else, some of who he suggested belonged to a party formed by former members of the Franco government, but was vaguely polite about the Ciudadanos leader who he considered skilful but represented the worst sort of ideology.

Mr Iglesias then declared that Podemos would be voting against Mr Sanchez who he accused of putting together a capitulation rather than a coalition.

Although everyone tends to put all of the Podemos members together in one group, it should be remembered that there is a separate party, En Comú Podem (Podemos in Catalonia) and their spokesman Xavier Domenech basically agreed with Mr Iglesias but reminded all present of the Catalan question before he was asked to wind up by the speaker.

In what some would say was a gesture of brotherly affection and others would say in order to wind up the PP ministers who were very close to the action, Pablo Iglesias bounded up and kissed Mr Domenech fully on the lips.

There was then a bit of fun when the Podemos leader accused former PSOE leader and Spain’s longest serving Prime Minister Felipe Gonzalez of having ‘dirty hands’ which resulted in him being told off by the speaker and there was a minor exchange of veiled insults between them.

In pleasant contrast, Ciudadanos leader Albert Rivera rose to speak and although he managed to ruffle a few feathers was generally quite temperate in his remarks, saying that everyone there had an obligation to those who moved Spain into the light of democracy and he simply wanted to see a united country and strong and well off working and middle classes.

He managed to take a couple of sideswipes, firstly at the interim Prime Minister by saying that whilst there are a few good people in the PP, Mariano Rajoy is simply not credible and referring to the release from prison the previous day of ETA activist Arnaldo Oretgi asked Mr Iglesias whether he wanted him as new Home Secretary.

The first vote, which requires that he receives 176 votes or more, will take place on the evening of March 2 and everything points to the no votes greatly exceeding the yes votes. Assuming that this is correct then there will be a second vote on Friday March 4 where a simple majority will suffice (and this could happen if there are a significant number of abstentions) but this is highly unlikely.

It looks therefore that there will be a new election on June 26 which, when coupled with the June 23 referendum in the UK, means that it will be a very busy week for political writers and opinion polls. 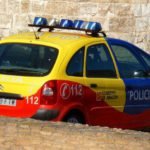 News
In an unusual incident possibly related to a dispute between rival gangs, a kidnap victim in Zaragoza managed to lead his captors to the...