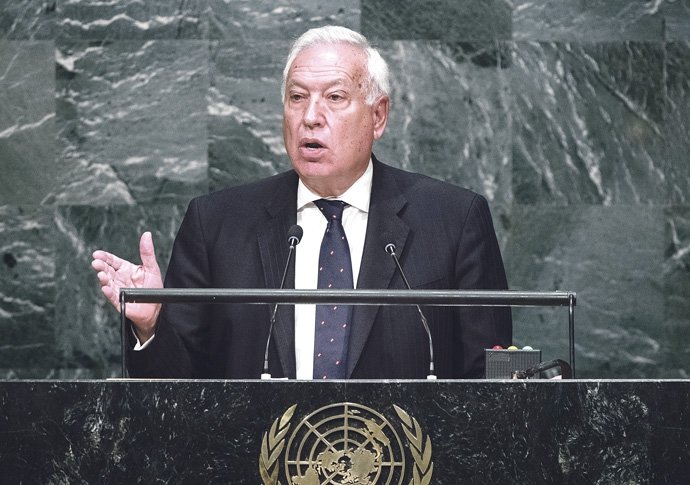 CONSIDERING the belligerent position that the acting Spanish Foreign Minister Jose Manuel Garcia-Margallo has taken with regards to Gibraltar, his positive comments on Britain and the EU following a meeting with Foreign Secretary Philip Hammond on February 15 have come as something of a surprise.

In simple terms, he concedes that both Spain and the EU would be worse off with Britain leaving the Union than if it remains following a number of changes to its terms of membership.

It is very important to the British government that it obtains as much support for its proposals before the European Summit due to take place on February 18 and 19, when leaders of the member states will debate the reforms demanded by Britain to stay in the European Community.

Understandably, there is an element of self-interest in the Spanish comments as their economy is massively helped by the influx of British tourists, and there are an estimated 200,000 Spaniards living and working in Britain.

It seems to some extent a rather strange situation when an acting government, which is likely to be either thrown out or will have to stand in new elections in June, is able to make such a far-reaching decision, but as the Spanish acting government is making such positive noises there is no doubt the British will be happy with the position they are taking.

Clearly the next few days are going to be pivotal in the future of Britain and its membership of the EU, as if the Cameron proposals are rejected, there is no guarantee that the conservative party will even recommend a ‘remain’ vote when the referendum does takes place.

Equally, it is possible that no final agreement or refusal of the Cameron plan will be the result of the meetings taking place over the next few days, but all UK passport holders who are entitled to vote in the referendum when it eventually comes should act as quickly as possible to at least ensure that they are registered.