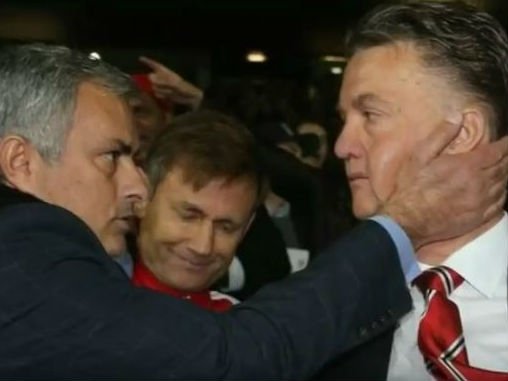 JOSE MOURINHO has held talks with Manchester United and is expected to take over the managerial reins from Louis Van Gaal in the summer.

Rocked by news earlier in the week that fierce rivals City would be welcoming Pep Guardiola at the end of the season, United are keen to retaliate with their own blockbuster deal, and the appointment of the ex-Chelsea boss is one set to appease the red half of Manchester.

The 53-year-old Portuguese manager has never hidden his admiration for United, and has spoken in the past of his admiration for their former manager Sir Alex Ferguson. Speaking before his Inter Milan side took on United in a Champions League tie in 2009, he said, ‘I want to face the best and United are a team of champions with a super coach in Alex Ferguson.’

Frustration has been growing at Old Trafford throughout the current campaign, where United’s lacklustre performances under Van Gaal has seen the Dutchman come under immense pressure.

Now reports claim that Mourinho, sacked by the Blues in December, is close to securing a swift return to the premier league as manager of the Red Devils. While an official deal has yet to be signed, sources close to the self-declared ‘Special One’ suggest he has ‘his heart set’ on taking over from LVG.

The Dutchman’s tenure has seemed increasingly perilous since the turn of the year, though tactical improvements in his side’s last two games have eased the pressure on his managerial shoulders somewhat.

In spite of this, it is expected that Mourinho, who has reportedly turned down numerous job offers around the world, will take over Van Gaal’s position at the end of the season, similar to the deal that City have with Guardiola.

Mourinho’s appointment would mean a resumption of a fierce rivalry between him and the current Bayern Munich manager that dates back to their time as coaches of Spain’s footballing powerhouses, Real Madrid and Barcelona.

Body of a man discovered on Benalmadena beach

Costa del Sol
The body of a man has been found floating in the sea on a beach in Benalmadena.The National Police is investigating the discovery of...