MALAGA-Costa del Sol airport has beaten its own records yet again. New data from Aena airport authority revealed that almost 1.5 million passengers were registered in October, a 5.6 per cent increase on numbers from October 2014, with the total for the first 10 months of the year reaching 12.8 million.

Larger, fuller flights rather than increased numbers appeared to be responsible for the increase, with a total of 10,240 take-offs and landings registered in October, 1.7 per cent more than a year ago. 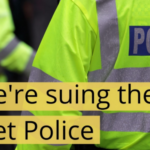