After weeks of complaints, protests and pleas to the authorities, parents on the Orihuela Costa have won a hard-fought victory as the full school bus service has been reinstated.

Councillor for Education Begoña Cuartero announced at the start of the week that the bus service will resume immediately for those students who had previously been denied a place, with 50 seats now on the buses for Orihuela Costa schools. Cuatero admitted there were still 12 students in the Orihuela hamlet of Escorratel who did not have a place but the councillor said the council was doing everything within its power to solve the problem soon.

Cuartero added that the move to reinstate the service after the ministry stopped it for some students who did not fall within the distance guidelines, was good news for families. She added: “It was necessary because after nearly two months without transport the situation was untenable for many of them. The council has always been on the side of parents and will continue in that vein because it is our responsibility.” Cuartero explained that both she, the mayor and Councillor Sofia Alvarez have held several meetings with AMPA, the parents association, the schools and officials to address the situation since the beginning of the school year.

In September, Euro Weekly News spoke to parents affected by the decision including Julie who said that by living in Playa Flamenca she was 2.8 kilometres from her son’s school and did not qualify for a bus place as she was within the three-kilometre limit. However, due to the route involved, she had an hour’s walk to get her son to school. Julie is now relieved and pleased at the decision: “I am seven months’ pregnant now so it was getting very difficult and uncomfortable making that journey.

My son had been off school for a week due to his asthma and Social Services had spoken to the school asking why he wasn’t on the bus. I then got a letter on Monday saying there would be a bus place for him again. It is going to be so much better and easier now.” Regarding all the protests and actions by residents demanding the return of the bus service, Julie added: “Maybe we do make a difference sometimes.” 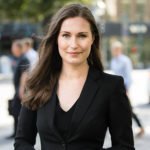