BRITISH Prime Minister David Cameron will arrive in Spain on Friday (September 4) to meet his Madrid counterpart, Mariano Rajoy, on the next stage of his European tour as he attempts to renegotiate the UK’s relationship with the EU ahead of next year’s referendum.

Cameron will also meet with the Portuguese premier Pedro Passos Coelho in Lisbon.

The topics up for discussion include ensuring an opt-out for the UK on any further centralising of European Union economic policy as an “ever closer union,” and plans to slash UK benefits, a move the Conservative leader feels is vital to dissuade further EU migrants from coming to Britain.

A Downing Street spokesperson said: “Technical talks on these issues are now under way and while these talks take place, he will continue to hold discussions with his counterparts – including in Portugal and Spain this Friday – in order to secure reforms that address the concerns of the British people.” 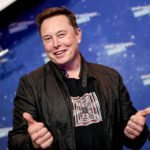 News
Multimillionaire Elon Musk offered to pay 5,000 to a student if he closed his Twitter account dedicated to tracking the movements of Musk’s private... 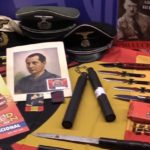