TWO men aged 19 and 30 have been arrested for their suspected involvement in an incident outside a Mojacar disco in the early hours of Tuesday August 4, which resulted in four people receiving pellet wounds.

The Guardia Civil arrested the two men, from Garrucha and Vera, for causing injuries, brandishing firearms and breaking the peace following investigations by Garrucha police.

Events occurred at 5am when bouncers at a disco on Mojacar’s Avenida del Mediterraneo refused to allow a group of between three and five men to enter the premises. After an argument the group reportedly left but later returned with an airgun and shot indiscriminately at people outside.

Two of those injured were taken to La Inmaculada Hospital in Huercal-Overa for treatment and later discharged.

While those arrested have been placed at the disposal of a Vera court, investigations to identify the other group members remain open. 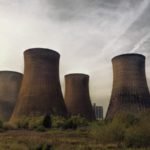