NOVAK DJOKOVIC has won the Monte Carlo Masters for the second time in three years by defeating sixth-seeded Tomas Berdych 7-5, 4-6, 6-3 on Sunday.

Top-ranked Djokovic continues to dominate the game as he becomes the first player in tennis history to win the first three Masters tournaments of the year, following the Indian Wells-Miami sweep this spring.

This time on clay, and in windy conditions, both players struggled with their serve and made several unforced errors in a final that lacked rhythm and was suspended by rain.

However Djokovic powered through to take his 23rd Masters title, and his tally to 17 undefeated matches in a row. 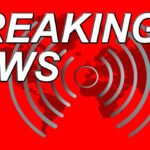