The Spanish king has cancelled his state visit to France, just hours after arriving in Paris as news of the A320 air crash broke.

King Felipe, who had travelled to Paris with Queen Letizia, made the announcement outside the Élysée Palace in front of the French President François Hollande.

He said that after speaking to Spanish Prime Minister, Mariano Rajoy, he had taken the decision to postpone.

“This was a journey that we were very excited about,” he said. “We will look for another date.” He then he took time to thank the French government for “all of their efforts,” and sent out a message of support to “all of the families of the victims.”

At the same time, Prime Minister Mariano Rajoy also expressed his concern on Twitter, stating: “Saddened by the air crash in the Alps. A tragedy. We will work with the French and German authorities on the investigation.”

News
The former banker who has been appointed as the new chair of NHS England has pledged to donate his salary to charity. Richard Meddings... 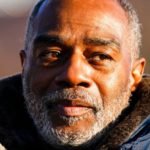