BOTTLENOSE DOLPHINS in the waters of the Balearics are under threat from the increase in tourism, fishing and sea transport.

Though bottlenose dolphins are common in the Mediterranean, they tend to live in areas close to people, which causes continual conflicts. The International Union for Conservation of Nature (IUCN) said the dolphins’ subpopulation in the area was vulnerable following a 30 per cent drop in the last few decades.

An IUCN study showed that the dolphin population is actually smaller than originally believed.

Since dolphins are loyal to their habitats, they tend to live in areas where overfishing, habitat degradation, tourist boat disturbance and the fishing industry are an everyday phenomenon. Previous studies have shown that 30 to 60 dolphins die every year as a result of conflicts with fishing vessels. There are many fishing boats in the Balearic Islands so interactions with dolphins are a common occurrence.

Fishing, however, is not the only threat they face. Since sea traffic has increased in the archipelago, the risk of dolphins colliding with boats and ships is now a cause for concern. 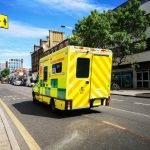