SIX drivers tested positive for drugs or alcohol within an hour of the general traffic authority’s latest spot-check campaign.

Within just one hour of setting up control points, five people tested had taken cannabis – three of them also cocaine – and one was over the limit for alcohol.

The campaign began on Monday (December 15) all over Spain and will last one week with 25,000 daily spot checks for drugs or alcohol being done at any time on any road.

Maria Segui, head of Trafico general traffic authority, explained that since the beginning of 2013 more than 190,000 drivers have been fined for driving under the influence of drugs or alcohol and 10,000 of these had been caught more than once. 20,000 drivers lost their licence, 1,000 of them twice.

Segui reminded drivers of the dangers of taking the wheel after consuming these substances and pointed out that 25 per cent of road deaths in the European Union are alcohol or drug related. 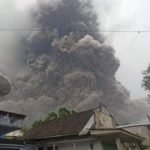