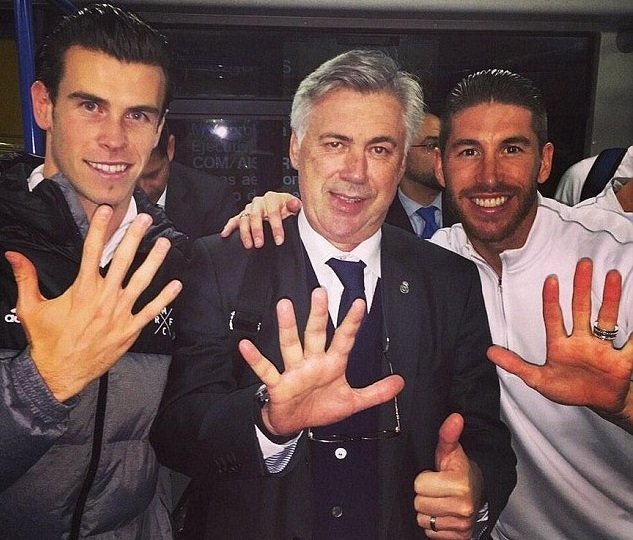 REAL MADRID made it 16 wins in a row when they overcame Malaga 1-2 at La Rosaleda.

Goals from Welshman Gareth Bale and Karim Benzema sealed the victory as Real beat the club record for consecutive wins.

Our picture shows Bale, boss Carl Ancelotti and Sergio Ramos celebrating the winning run after the match. The sequence started with a 5-1 thrashing of Basle in the Champions League. Since then the team has scored 59 goals in three different competitions to keep the run going.

The photo was posted on the club’s Twitter account along with the message: “A seguir trabajando. Buenas noches..!! Let’s keep working. Good night..!!.”

The trio were holding up 16 fingers between them to signify the number of games won. They could extend the record with games against Cornella, Celta Vigo and Ludogorets in the Copa del Rey, La Liga and the Champions League respectively coming up.

The last match they lost was against local rivals Atletico Madrid in September.