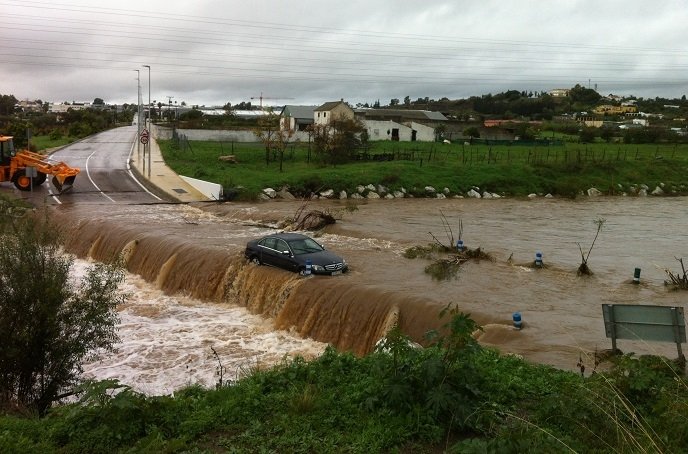 As many as 150 rain-related incidents were reported through the night, said a spokesman for the 112 emergency service.

A driver became trapped in Rio La Cala in Arroyo de los Molinos in Estepona this morning (Friday, November 28) at 6.55am. When the rescue services arrived on the scene, the driver had already managed to escape the floods.

The flood also made the motorway between San Pedro Alcantara and Nueva Andalucia impassable.

In Malaga City the strong winds also caused damage. The fire-fighters had to remove a large tree that fell on Calle Mendez Nuñez and cordoned off part of Calle Echegaray after a building facade fell off.

The wet weather left floods in homes and garages, large amounts of standing water which rendered public roads impassable in its wake, and the strong winds ripped up trees, broke off branches and brought down billboards.

Cadiz and Sevilla were the most affected provinces with 58 and 49 rain-related incidents respectively, followed by Malaga (28) and Huelva (21).

An orange weather warning had been issued for all these provinces for torrential rains and winds.

Top News
A court in Belgium has sentenced the ringleader of the gang who was responsible for the Essex lorry deaths to 15 years in prison...