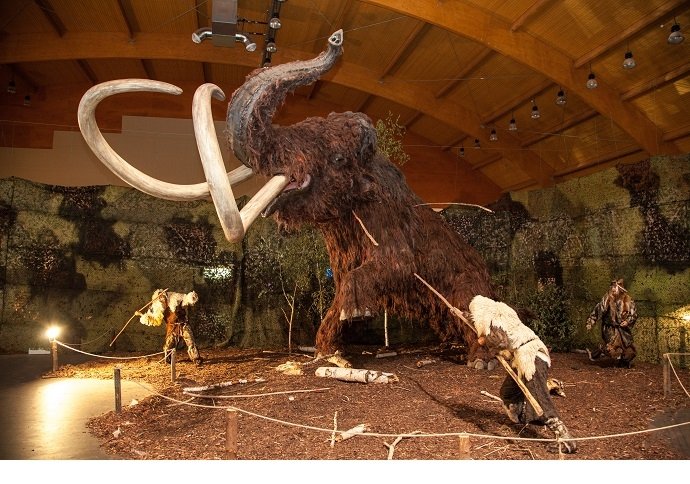 THE idea may seem far-fetched and straight out of a Jurassic Park-like movie plot, but woolly mammoths might once again be seen roaming in the wild in the future, tens of thousands of years after they became extinct.

Buttercup, a woolly mammoth uncovered in the frozen wastelands of Siberia last May, is the subject of a documentary to be aired on Channel Four later this month, entitled ‘Woolly Mammoth: The Autopsy.’ Scientists in South Korea and the US are currently hard at work figuring out the extinct creature’s DNA in the hope that they may be able to clone it.

Buttercup’s carcass is believed to be around 40,000 years old and was so well preserved in the Siberian permafrost that researchers said that the meat was fresh enough to eat. Tissue and blood samples from the Ice Age beast are being analysed in labs to understand its genetic make-up, with the possibility of cloning the animal and reintroducing it to the wild. South Korean scientists are hoping that a successful cloning is possible within our lifetime.

However, many in the science community are against the idea of bringing the extinct woolly mammoth back to life because of the ethical reasons it raises. An Asian elephant would be needed to act as a surrogate mother, carrying the mammoth for 22 months before giving birth to the creature that may soon die or damage her in the birth process. Scientists believe that experiments would need to be carried out on several Asian elephants in order to successfully clone the woolly mammoth.

The documentary will air on November 23 on Channel Four.

EU News
One of the world’s fashion greats, Nino Cerruti passes away aged 91 passes aafter checking in to a hospital in Piedmont. Ceruti had apparently...

Gibraltar
Stained Glass windows installed at Gibraltar Central Hall based on a design by competition winner Sean Ballester.The piece titled ‘The Dance’ was sent to...

Horror as young girl’s body found hidden in a barrel

World News
Horror as a young girl’s body is found hidden in a barrel. The girl had been missing for several days.Australia’s New South Wales police...