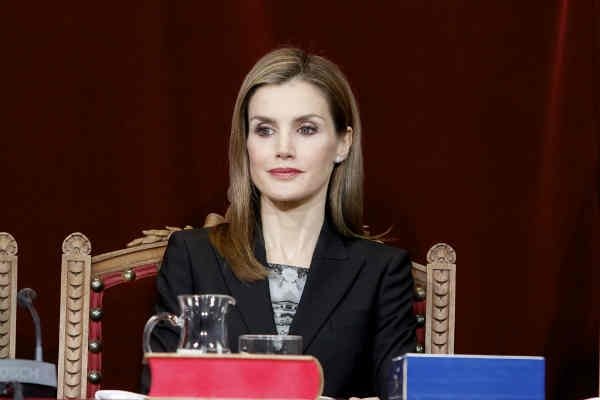 QUEEN Letizia of Spain has told women to use their brains to take care of their hearts.

She was addressing women in Madrid at the official presentation of an awareness campaign on cardiovascular health.

Launched at Real Casa de Correos, seat of Madrid’s Regional Government, Mujeres por el Corazon (Women for the Heart) is a pioneering project in Spain promoted by Fundacion Mapfre, Fundacion ProCNIC, the National Centre of Heart Research (CNIC) and the Community of Madrid.

Queen Letizia took the floor at the end of the ceremony and encouraged women to get enough rest, follow a healthier diet and to avoid a sedentary lifestyle and smoking . She said: “It is time to think and take care of our hearts, and for that we need to use our brains.”

She was accompanied by the President of the Community of Madrid Ignacio Gonzalez, the Secretary for Equality and Social Affairs Susana Camarero, the CNIC Director Valentin Fuster and the President of Fundacion Mapfre Antonio Huertas.

Cardiovascular diseases are the number one cause of death among Spanish women, followed by cancer and other conditions. It is estimated that as many as 43,000 women died in Spain in 2012 as a result of heart-related problems.

“Cardiovascular disease can be avoided or delayed, depending on a number of factors. However, every person out there, and in this case every woman, is largely responsible for her own health,” said the Queen.

Through the campaign, Madrid women will receive a practical guide titled Cuidate Corazon (Take care of yourself, heart), which includes health tips, exercise routines and even recipes with heart-friendly ingredients. The campaign is also accompanied by a website and a video (www.mujeresporelcorazon.org)