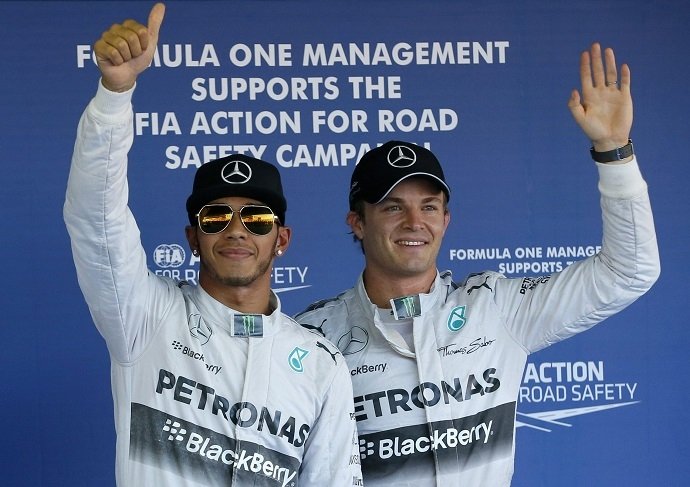 LEWIS Hamilton has taken pole position at tomorrow’s (Sunday October 12) Russian F1 Grand Prix as he looks for his fourth win in a row.

In second spot is Mercedes team mate Nico Rosberg, with Williams showing a return to form by taking third on the grid through Valtteri Bottas. Jenson Button in his McLaren is starting in fourth place.

It will be an historic race as Russia finally gets its wish to host a F1 race with Russian President Vladimir Putin set to make an appearance at the new venue.

Fernando Alonso was left back in eighth in his Ferrari