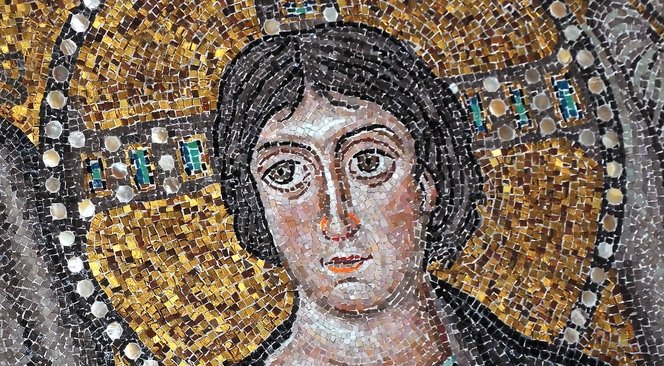 Earliest known images of Jesus without a beard, have been found by Archeologists in Spain.

The glass plate, dating back to the 4th Century AD was used to hold Eucharistic bread as it was consecrated in early Christian rituals. The plate which, was discovered near Linares, reportedly has images of a clean-shaven Jesus engraved on it.

The pieces found by scientists were very well preserved and 81% of the area has been pieced together. It shows Jesus flanked by two apostles, who are believed to be Peter and Paul.

According to ABC, “The scene takes place in the celestial orb, framed between two palm trees, which in Christian iconography represent immortality, the afterlife and heaven, among other things.”

The plate was discovered inside a building used for religious worship, in remains of an ancient town called Catulo.