A BRITISH bride was left with life-altering injuries after being knocked down whilst enjoying her honeymoon in Torrevieja on the Costa Blanca.

Joanna Rose, 38, suffered a broken spine and five broken ribs, together with internal bleeding and bruising after she was hit by a car whilst out with her new husband, Andrew, in the popular tourist destination of Torrevieja.

She was rushed to hospital and had to spend two weeks in Torrevieja before being transferred to Pinderfields hospital in the UK, such was the seriousness of her injuries.

Even now, Joanna has to wear a full-body brace, and is awaiting surgery to insert stabilizing pins into her spine.

Speaking to the Daily Mail, she said: “I feel like I have been to hell and back: my honeymoon was completely ruined as I spent the entire two weeks in hospital battling for my life.

“Andrew and I were walking along a road when the accident happened. I remember hearing a loud bang behind us then suddenly landing on the road with a thud and feeling instant and excruciating pain in my back.

“I was rushed to a local hospital where I was told that I had fractured my spine, over the next few days I realised the full extent of the injuries I had suffered as I was in agony.

“The doctors were concerned that I had a tear in my heart due to the force of the impact and my internal injuries, but thankfully I didn’t need to have heart surgery.

“I was terrified, everything happened so quickly and I can just remember being in a tremendous amount of pain. I’m so glad Andrew was there by my side at the hospital to reassure me.

“I have been struggling to cope with what has happened, the happiest time in my life so quickly turned into the worst and now I am faced with the daunting prospect that I have a long way to go before I will have fully recovered.”

The couple, who have a four-year-old daughter together, are seeking help from Irwin Mitchell, international personal injury lawyers, to see if compensation can be awarded in order to help Joanna receive the level of rehabilitative treatment she needs.

Her representative, Philip Banks, also speaking to the Daily Mail, said: “This was a horrendous accident which happened on what was meant to be a romantic and carefree holiday for Joanna and Andrew to start their married life together.

“But instead Joanna has been left seriously injured and is facing a long and painful recovery and will be unable to work for the foreseeable future.

“We are currently making investigations as to any criminal proceedings which are being conducted in Spain against the driver and to establish insurance details of the driver to help with Joanna’s case.” 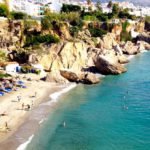 Andalucia expecting in excess of 25 million travellers in 2022 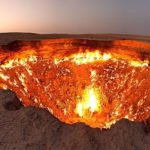