The people of Marbella, young and old reunited last Thursday night to attend a special memorial for Andy Anderson at Mustang Sally´s in Puerto Banus.

More than 200 people gathered outside and inside the popular music venue and boy did Marbella give him a send-off!

The memorial started with beautiful readings from Mark Connor and a very emotional condolence speech by Mel Williams wife Sally, who managed to get a smile from the gathering of people by adding a few anecdotes about Andy`s (not for young ears) language!

With the necessity to raise as much money as possible to help repatriate him to Scotland, Mel Williams held an auction and raised over 250 euros alone for an original black and white photo taken by the photographer that made the cover for Abbey Road.

Performers came from all over the coast to sing, Jesus Leon, Ron Howells and of course Mel Williams himself.

Stories were bouncing backwards and forward with very funny happenings about Andys life on the coast. Ronnie Howells, the outgoing guitarist and one of the longest playing musicians with Andy, related a story when Katie Price, a little worse for wear, tried to take over the microphone, to which Andy replied” move over and by the way your skirt is too short and everyone can see your ….”!

The kindness of the people of Marbella raised over 10,000 euros, and there was a round of applause when it was hailed over the microphone that his body was on its way to the resting place that he had requested in his last few days.

“The kindest man I have ever known” was the answer I was given by Graeme Ward, a long term friend of Andy’s who helped him so much in the last months of his life. And I am sure I do not speak out of turn when I say from everyone, “Thank you Graeme”.

Last night showed how special this coast really is, the people of Marbella, however busy their everyday life is, will stick together and do whatever they can to help someone in need.

A special thank you to everyone, especially the people that dedicated their time to make the event happen and the people who cared so much for him, when he most needed it.

A salute to one of Marbella´s most loved musicians – Andy, your melodies on the piano will forever be with us. 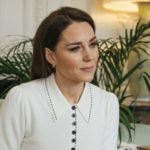