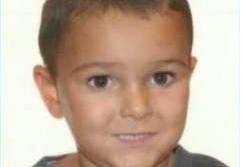 THIS STORY HAS BEEN UPDATED.

Hampshire police have said that Ashya has been found and his parents are currently being interviewed by Spanish authorities. ITV News reports that this evening (Sunday) the parents have left the police station, where they have been held since Saturday, to appear in front of a Judge in a local court in Malaga. No news has been released in regards to the charges they face.

Ashya suffering with a brain tumour was removed from Southampton General Hospital by his parents against medical advice. A tweet from local Police Chief, Ignacio Cosido, has confirmed that Ashya King is being treated in the Materno Infantil Hospital, Malaga.

Ashya’s medical condition is not known, concerns were raised earlier today with respects to the battery power feeding the machine he is dependent on. It is not known if the child’s parent’s Brett and Naghemeh had back up batteries to complement the feeding machine.

ITV News reports that in a video uploaded to the internet on the 30.08.2014, Ashya`s father provides details on why the family left the UK. The intended destination was the Czech Republic, where the family planned to seek out a special form of treatment for Ashya.

The parents continue to be questioned whilst Ashya medical condition is monitored.

A EUROPEAN arrest warrant has been issued for the arrest of the parents of Ashya King, on behalf of the Hampshire Police.

The Daily Mirror reports that Hampshire Police believe that the parents of missing Ashya King may own a property in Marbella, Spain, expanding the investigation parameters.

A tweet released by Hampshire Police, on 30.08.2014 said: “#FindAshya King’s family could be in Spain. Please RT to get the message to friends/family who live and visit there.” Hampshire Police are concerned that vital battery power in essential feeding equipment is running out, placing the young boy at a great risk.

Euro Weekly News are utilising all available platforms to raise awareness of Ashya King in Spain. Please join us on social media sites, with the hashtag #FindAshya & @euroweeklynews, to locate this vulnerable young missing child and help us to help him receive any medical treatment he requires, as well as reuniting him with his loved family.