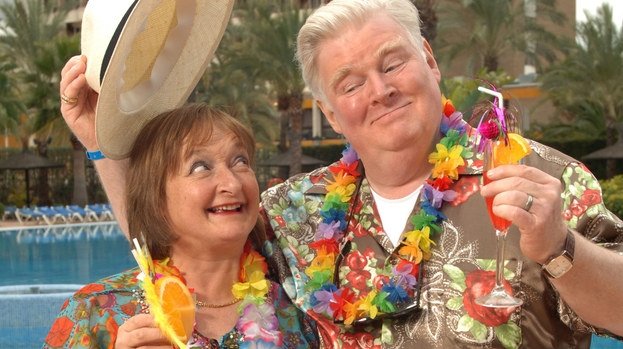 He was a leading figure in Scottish theatre having been director of Edinburgh’s Royal Lyceum Theatre for a decade and also occupied the same role at His Majesty’s Theatre in Aberdeen.

He was written out of Benidorm in June as he battled against cancer. In the show he and screen partner Janine Duvitski played a sex-mad couple who holidayed at the Solano hotel every year.

Others took to social media to show their respects. TV chef Rustie Lee, who worked alongside him when she had a small part role in Benidorm said: “RIP Kenny Ireland (Donald from @BenidormTweets). My sincere condolences go out to his wife and family xx”

And former Brookside actor Louis Emerick tweeted: “Ah man! Only just heard the sad newz bout #KennyIreland(deceased). Only met him briefly last yr during my time on #Benidorm! Im a fan he a Gent!”