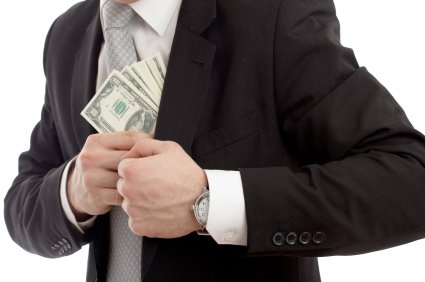 EU Member States must step up their work to prevent, detect and report fraud affecting EU funds, according to the European Commission’s annual report on the protection of financial interests (PIF).

The report sets out detailed recommenda-tions on areas national authorities should focus on in this respect. The report finds that detected fraud in EU spending accounts for less than 0.2 per cent of all funds.

Nevertheless, the Commission believes that greater efforts at national level both on combating and detecting fraud should be deployed.

The annual PIF report therefore recommends, amongst other things, that Member States review their controls to ensure they are risk-based and well-targeted.

On the positive side, the report notes that good progress is being made at national level to implement new rules and policies which will strengthen the fight against fraud in the years ahead.

Moreover, at EU level, the past five years have seen major advances in shaping a stronger anti-fraud landscape. These initiatives can have a marked impact on fraud levels, once they are fully implemented.

Algirdas Semeta, Commissioner for Taxa-tion, Customs, Statistics, Audit and Anti-Fraud, said: “In the last five years, the Commission has taken the fight against fraud to a new level. Our commitment to protect citizens’ money from fraudsters is clear from the tough and ambitious new rules, initiatives and frame-works we have put forward. Now it is time for Member States to play their part more effec-tively. They need to step up their game in preventing, detecting and prosecuting those who try to defraud the EU budget.”

According to the report, EU fraud decreased slightly in 2013.

According to the report, fraud affecting the EU budget, which was detected by national authorities, decreased slightly in 2013 compared to 2012. On the expenditure side, €248 million in EU funds were affected by fraud. This compares to €315 million the previous year – a drop of about 21per cent. On the revenue side, suspected or confirmed fraud amounted to €61 million compared to €77.6 million the previous year, also marking a drop of 21per cent.