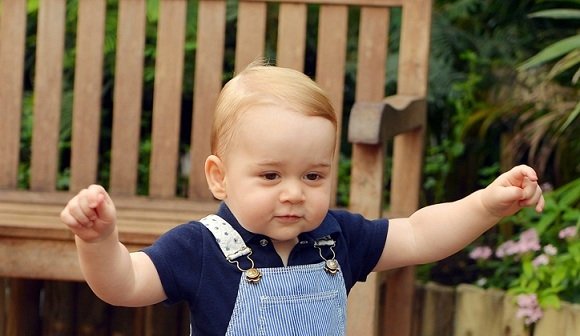 The Royal family tweeted a cute photo of Prince George which showed the world that he was up and walking, just before his first birthday.

The family tweeted the snap along with the caption “Look who’s walking! Here’s our little Prince ahead of his 1st birthday on 22nd July.”

George is dressed in a full blue outfit and is certainly the spitting image of his father, Prince William, 32. In typical Kate and William fashion, the photo is a classy yet low-key affair that could be in any family’s photo album.

George turns one on Tuesday and he has had a successful first year by anyone’s standards. He travelled to the other side of the world to visit Australia and New Zealand and even won the title of ‘Celeb baby with the best hair.’

The birthday party will take place in Balmoral Castle, where William spent his summers as a child. His grandfather, Prince Charles, and great-grandmother, Queen Elizabeth II, will be there to celebrate too.

EU News
Foreign secretary Liz Truss is to travel to Brussels on Monday after setting a new Northern Ireland Protocol deadline for agreeing on a deal...