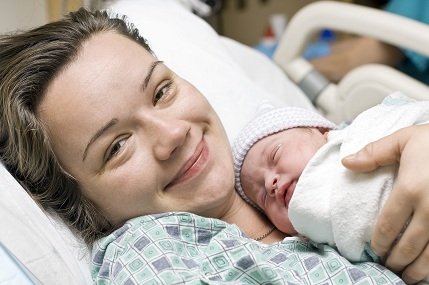 SOME bear pain with stoicism whilst others face pain with great fear.

Perception can also change from the person causing the pain to the unfortunate who bears it. The latter likes it less.

My son, a front-line hospital doctor, tells me that a routine question is to ask an incoming patient to describe their pain on a one to 10 scale. In fairness, he was citing experience with younger females. He said they tend to over-dramatise. A mild burn morphs into a pyrrhic incineration on a par with the combustion of Joan of Arc at the stake.

Men, perhaps because they are meant to be of sterner stuff, are inclined to understate pain. “Sure, there’s a knife in my back but it’s no big deal.”

Women, bless them, riposte that mankind would die out if men were to bear children. Italian dictator Benito Mussolini speculated that war is to men what childbirth is to women. Each are drawn to birth and war as a moth to the flame.


When women give birth they gain a child. When men go to war they lose limbs, sanity and their lives. I recall footage of the Falklands War: a young soldier was stretchered aboard a hospital ship. One of the poor lad’s legs was shattered and hanging on by a few membranes. Smoking a cigarette, he cheerfully chatted with the stretcher bearers. I wished him well.

Following a ‘man flu’ infection the ladies recognise as cystitis, I was obliged to have my bladder’s inside checked by the hospital urologist. Having got the tee-shirt, my unsympathetic offspring suggested I ‘man up.’ There would be bearable discomfort.

How did I stand up? To put it bluntly, and it was put bluntly, a probe is inserted you know where. This looks similar to a high pressure nozzle and hose that tyre repair workshops apply to tractor tyres. However, the zoom used by urologists is pre-heated to incendiary temperatures. Rather like having scalding water poured through one’s bowels.

Once the probe’s on-board camera arrives in one’s sac, it illuminates the inside surfaces which are then examined on a TV monitor.

Had my urologist been a dentist I could have done a runner. This is difficult when prostrate with one’s shorts around one’s ankles. I had little choice but to bite the bullet and tough it out.

As the probe rocketed through my urethra, my eyes spun. The attendant nurse blushed at my command of the Saxon language. I felt as my 10-year-old mother did when in 1920 her class was shepherded into Liverpool’s John Bagot Hospital. Built for the Crimea War’s wounded, she and her classmates were strapped to chairs and without anaesthetic had their tonsils snipped.

Yes, there have been remarkable improvements in all fields of medicine, compassion being one of them. There will be another improvement when bladders are thoroughly checked without penetration. Pain tolerance? – 2/10!