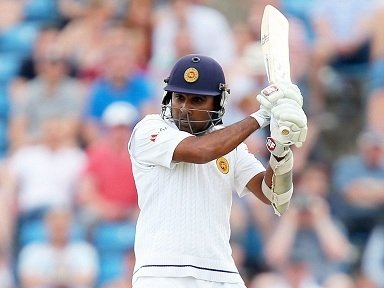 Mahela Jayawardene, the Sri Lankan batsman and former captain, will retire from Test cricket in August.

“I believe this is the right time,” he stated.

“It was not an easy decision to make given that it has been a great privilege and honour representing my country during the past 18 years.”

Jayawardene scored 33 centuries in 145 Tests.He has been in good form in 2014, averaging 75.77 in his last six matches. He had his highest score in 2006, when he made 374 against South Africa. The total remains the fourth best innings in Test history

He recently let he chief selector Sanath Jayasuriya know that he had come to a decisión.

“He called me and said that he wants to play four more matches and retire from Test cricket, concentrating on ODI cricket until the World Cup,” Jayasuriya confirmed.

“I think he is the best person to judge that. He has given outstanding service to Sri Lankan cricket, and is now giving a youngster a chance to come in and play Test cricket”he added.

Jayawardene, 37, will retire following the home series against Pakistan but will still be available for one-day internationals.

Sri Lanka will begin their first of two Tests against South Africa on Wednesday. After that they will host Pakistan in another two-match series.


Back in April, Jayawardene retired from Twenty20 cricket, after Sri Lanka’s win of the World T20 title. He will still be available in next year’s 50-over World Cup in New Zealand and Australia.