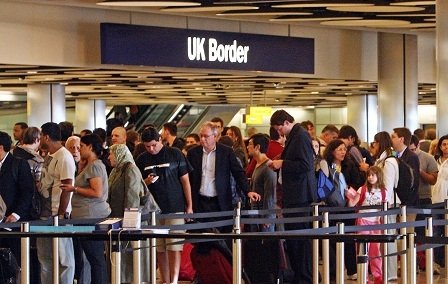 There is a lot of confusion with the new security measures in British airports. This is especially due to the fact that budget airlines, EasyJet and Ryanair are not imposing them.

UK flyers have been warned that they need to charge their electrical devices before they arrive at the airport, such as ipads, to show that they are working. If they cannot switch on the device, they will have to leave it behind them.

The new anti terror laws come after the USA claimed it received a creditable terror threat through its intelligence network. The UK government won’t reveal which routes are being targeted, however, Australian officials have confirmed that the routes from Europe, North Africa and the Middle East are being watched closely.

However, Ryanair and EasyJet have not been imposing the checks as they claim that they ‘don’t apply’ to them, hence, fuelling further confusion.

A spokesman for EasyJet stated that, ‘The safety and security of its passengers and crew is EasyJet’s highest priority. The airline fully adheres to all regulations which apply to its flights.


‘EasyJet is aware that the Department of Transport may extend some of the new security measures but at this stage no new measures have been applied to passengers flying on EasyJet flights. If that changes we will advise our passengers accordingly,’ they concluded.

The Department for Transport declined to comment on the confusion, but said there were security reasons why they were not confirming which flights were affected by the new policy.