CLOSE to 200 hectares of forest were scorched by the worst fire to have broken out in Competa in the last four decades.

The fire is believed to have started on a riverside walking trail next to the Competa-Canillas de Albaida motorway.

Most of the burnt land is located in the Sierras Tejeda natural park, Almijara and Alhama.

To prevent the loss of human lives, the authorities decided to evacuate 600 people from the area, including many pilgrims who were participating in local festivities. However, five homes in Cruz del Pinto were completely burned down.

The alert was raised on Sunday at 1pm in the area of Llano de Alberto. The winds combined with high temperatures allowed the flames to spread quickly towards homes in the area. The majority of them were holiday homes, with the occupants – 88 of them – taken to the Balcon de Competa hotel while the blaze was fought.

The critical point of the fire was reached at around 4.30pm when the flames reached Urbanisation Cruz del Monte and threatened more homes.

In total 23 firefighting aircraft including two amphibious planes of the Ministry of the Environment and two helicopters, as well as 400 members of the emergency services, were deployed to fight the fire. There were also five reinforcement brigades (BRICA), 15 fire engines,     a meteorology and transmissions unit, a fire analysis unit and medical personnel.

Putting out the fire was no small feat due to the mountain’s steep slopes and weather conditions, including an exceptionally dry wind and humidity levels of nearly 35 per cent.

Firefighters managed to bring the flames under control by 6pm but still remained on the scene in case the high winds fanned the fire back to life.

As stated by the President of the Diputacion de Malaga (regional government) while talking to the media: “There were critical moments but fortunately no lives there lost.”

Mayor Jose Luis Torres told Spanish newspaper Diario Sur that the council was working on a complete inventory of all the properties damaged by the flames.

Close to 80 per cent of the houses affected belong to foreign residents, especially British, German and Nordic nationals, which is not surprising, since approximately 46 per cent of the 3,900 Competa residents come from abroad. 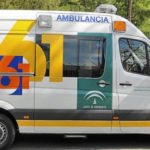 Spain
An investigation is underway to determine how an 18-month-old baby drowned in a swimming pool in SevillaAs reported by Emergencias 112 Andalucia, an 18-month-old... 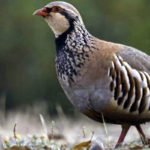