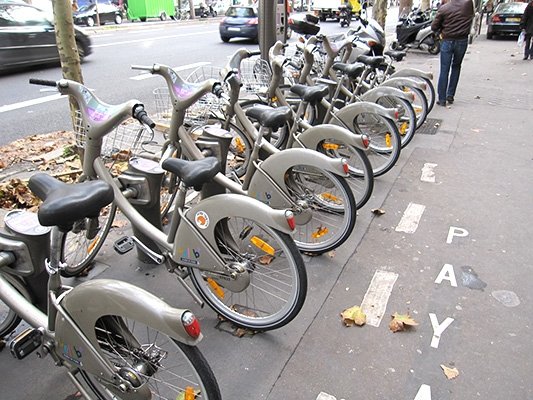 OVER 1,560 battery powered bicycles and 123 self service docking stations were introduced on the streets of Madrid, as part of a new revolutionary bike hire system to minimize traffic and environmental damage in the Spanish capital today.

But the inaugural week was marred by hackers, who placed pornographic clips on the touch screens of the BiciMad terminals around the city.

A spokesperson for Bonopark, the operator of the bike hire system refrained from further comment on the incident but said they were aware of the recent obscene attacks.

But obscene images were not the only glitch experienced by the docking station during its first week, as the bike hire system’s mal function, safety concerns and protests from the local taxi drivers were constantly putting off new members.

Bonopark blamed the glitches on the huge demand from Madrid citizens, nevertheless, only 3,300 people out of Madrid’s three million residents signed up for the scheme during its inaugural week.

The urban development expert from Madrid’s IESE business school, Pascual Berrone, said: “There are places it is quite easy to ride a bike, but other areas where it is extremely dangerous. It is often scary to ride a bicycle in Madrid.”